Salty's LightHouse Wiki
Register
Don't have an account?
Sign In
Advertisement
in: TV Shows, Series, Behind the Scenes

Thomas the Tank Engine and Friends

Thomas the Tank Engine and Friends is the better-known sister show of TUGS. After TUGS was cancelled, many of the models were sold to the show's producer, Britt Allcroft, and used for Thomas and Friends props throughout the remote model series until it hit full CGI animation in 2009. Some of these models were generated along with the CGI Series, like Big Mickey & S.S. Vienna (S.S. Roxstar). 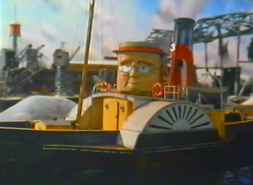 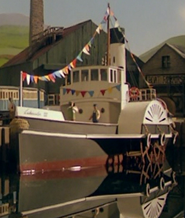 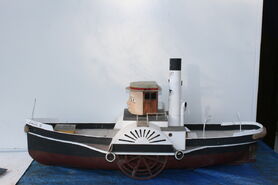 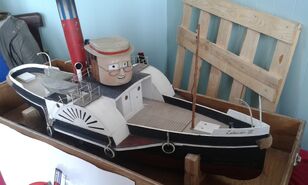 Almost all appearances of TUGS characters were modified in some way to fit the surrounding scenes of the live action Thomas & Friends, filmed on the same scale, whether it be face removal or entirely new modifications. S.S. Vienna as an example was repainted black and white, replacing her original white and gold livery. The S.S. Vienna along with Big Mickey survived just as they were through all seasons since Season 3 as said above being the only two of the TUGS survivors to make it into the CGI series, a crane model was also generated along with the CGI series; it was only seen at Brendam Docks.